Back to the 37.1%, that 37.1% is for households that are connected to the national grid and ignores all other sources of electricity. Turns out solar has been rising in popularity.

Of the households that have access to electricity, 46% reported that the main source for them was solar. When considering the whole country, that translates to 46% x 68.9% = 31.7%. So 31.7% of all households in the country use solar power as their primary source of electricity.

Most households do not have installed solar systems, making up 39.7% of all electricity users. A household that has one of the popular solar lighting systems（Sinoware SHS）is considered to have access to electricity. So the 39.7% figure is deceivingly high. It is telling that most of these solar users were in the rural areas. The number of households in the rural areas with these uninstalled solar systems is 16 times more than the urban one. 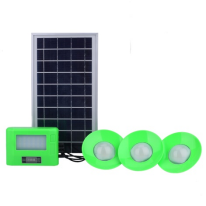